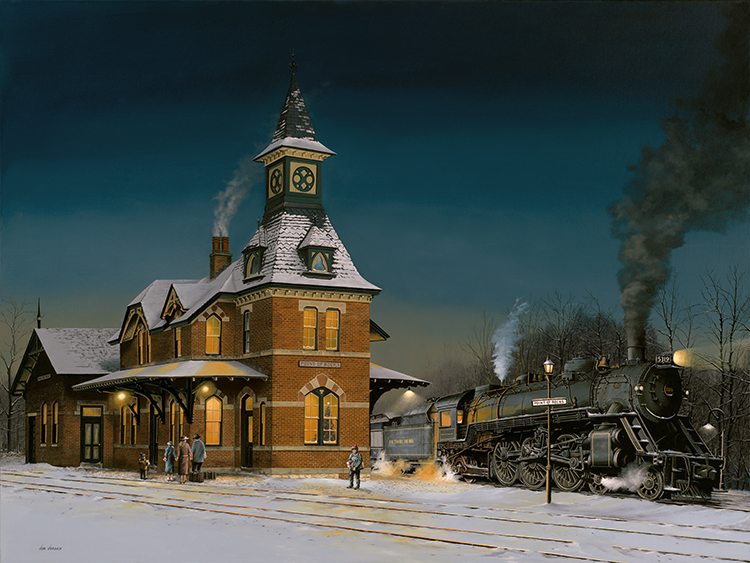 The Point of Rocks train station, boasting beautiful Victorian architecture, was built in 1871 and was added to the National Registry of Historic Places in the 1970’s.  The station was also referred to as “Washington Junction” in the late 1800’s.  The tracks, running south towards Washington, D.C. weren’t built until after the end of the Civil War.

Before that time the tracks stopped here in the quaint village of Point of Rocks. Depicted in this scene in the 1940’s, the B&O Engine 5319 known as “President Arthur” arrives at the station during Christmas holidays. The 5319 was the last-built true example of her class of 20 locomotives. The station is a unique landmark in rural Frederick County, Maryland.

The railroad line runs adjacent to the Potomac River and it continues to serve as an efficient commuter station for those who work in Washington, D.C. as well as in the Rockville and Gaithersburg, Maryland areas.